My Past Life Reading

My Personality As a Young Child- Page of Swords (Reversed)

My Personality As a Young Adult-Knight of Swords

Were I Successful in my Soul Purpose- The Hanged Man

My Past Life Prediction-In my past life, I was strong and ambitious male, a business man and elite. I had the qualities of both male as well as female as involved in everything and had be defensive and very protective person. In past there was less influence of my parents may be they died at early age or maybe something was missing in their life or they could have faced financial losses.

Personally when I grew up as a young child. I was quite defensive, argumentative, trouble maker and violent. As a young adult I did came out of those things aggressiveness, defensive nature but still was considered as a harsh man as a rude and impatient person. Although I had been intelligent but used to jump at conclusion easily like as a mature adult. I was very hard working person and a very successful man and had a lot of money. I used to have many expectations from everyone in my life. Despite of all those things my life partner was very dominating, strict and calculative person who strictly follow the rules and regulations of a life. For her the priority was her own principles so she had a dominating nature towards everyone and we were not happy with each other may be not faithful, possibility of an arrange marriage. My wife liked to live alone but we both were responsible for our marriage failure. In terms of my occupation I have been celebrity, talented or a famous person. As my soul purpose to overcome my deep fears in which I have failed. As I didn’t face my fears with courage. I lacked myself in fulfilling those phase. Despite of facing these negativity of my life, I tried to sacrifice a lot because of some people or due to some fears of my life.

Early Stage – Two of Wands
Certain situation provoked me to get away from home may be due to restriction in my life, or I wanted to see the world or be a part of it. So all those things pushed me to do so. Maybe I had done that in my past life.

In mid stage- Six of Wands
I was successful to do a business with those people who have supported me during my bad crisis but I got a pride and I thought the success which I got was my own which means I was thinking that it’s all my own achievements.

Later stage- Nine of Wands
My pride broke myself down and I lost all the hope and was not able yo fight again or stand again for the betterment. I was so scared that I had felt someone will come and finish my life.

Cups events of my life deals with emotional relationships, happiness, love and marriage.

Early stage-Two of Cups
I had a crush on someone and that relationship was warm. I felt so we will become a Soulmat although we have been a childhood friend then love in a teenage.

Mid Stage- Six of Cups (Reversed)
My own love betrayed me as we were facing many issues towards each other or maybe we didn’t realise certain flaws of each other that’s why we didn’t tolerated each other at that time and moved on towards other as a respective phases.

Later stage-Eight of Cups
After the end of my love story, I felt sad alone and felt like disappear somewhere in a lonely nights but then I realised to move on and reveal all those truths of my life what I was searching for, as why these things happened to me, why I had lost my life, my love and my family. Despite of having all the facilities in my life at later stage or I can say I didn’t value those things which I had in my life.

Early Stage-Three of Swords
I faced many arguments with my family even I used to abused people around me.

Mid stage- Six of Swords
At that stage I thought to move on from the psychological things, or confusion and sided to move away from abusive relationship from friends or from this world but something stopped me.

At later stage-Ten of Swords
May be the person who supported me had betrayed me although I sacrificed for others but in return I didn’t receive anything. I was unsuccessful in my soul purpose as I sacrificed a lot.

Early stage- Ten of Pentacles
I was rich because I had a lot of ancestors property.

Mid stage- Ace of Pentacles
I always used my skills to grab the new opportunities for my benefit.

Later stage -Five of Pentacles
In later stage deep in my heart I felt something was missing in my life. I neglected my spiritual well being. 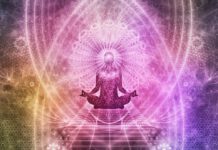 Which Name should we use for our country- India, Bharat or Hindustan according to numerology?